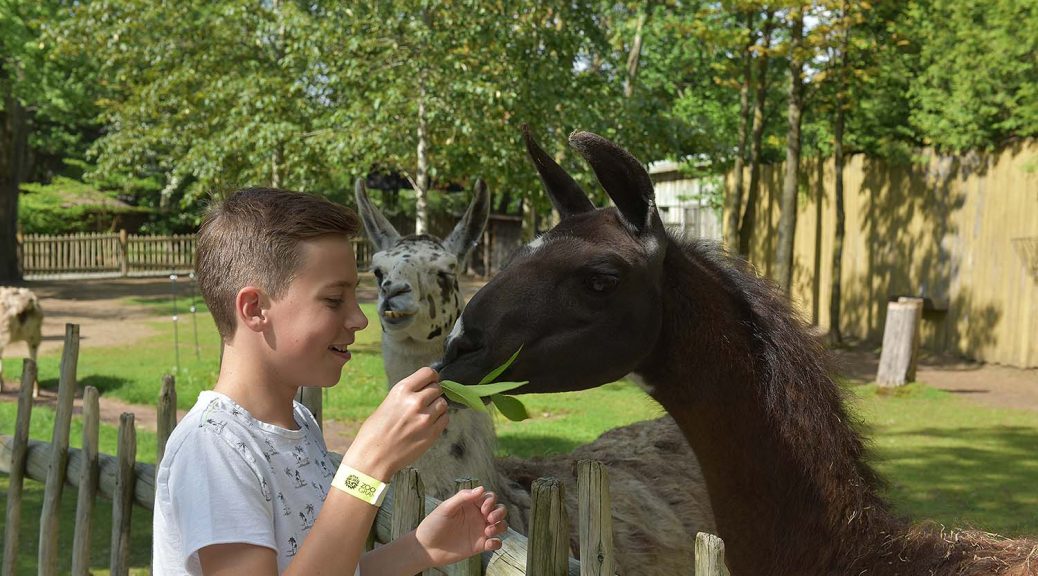 During the last couple of years the topic of visiting Quebec was coming up several times in our discussions. Kids were asking if there is a zoo there, so we found out that Granby Zoo is not too far… Finally in May 2017 we booked a hotel and planned out the itinerary that would include some of the places that we thought would be interesting for everyone in the family and the zoo was one of those.

The main destination was Quebec City and its beautiful downtown was so well preserved and such a distinct French heritage. We spent most of our time just strolling the streets, window shopping and watching the street performers who  really amazed us with their skills – fire jugglers, drama characters and musicians…

Granby Zoo is about 3 hours drive from the downtown Quebec, and about an hour from Montreal. We were welcomed in the nice reception hall, got our tickets and went to explore the animal world.

Right as we entered there was a gigantic size dinosaur’s head and a line up of kids willing to climb inside of it! No matter how big or small – they were very about the opportunity to see the real size dinosaurs! And there 21 of them right in front of you, so be very careful  – but don’t try to feed or pat these creatures! Even in the Zoo!

Enough of the dinosaurs  – the kids forgot about dinosaurs right at the sight of the farm animals. And there were lots of them  – pigs, sheep, and goats – so friendly and ready to make friends!

After some hugs exchange with farm inhabitants we decided to go see some of the exotic creatures on display.

Oceania seemed to be a good place to start – first the stingrays and the variety of tropical fish and then all way around the Australian continent to see black swans, parrots, emus, and kangaroos.  Stingrays seem to be attracted to the hand emerged in the water –  some of them will come and allow us to gently touch their backs…
The Kangaroos were too busy to discuss any matters of their life, so the visit to the Oceania Garden was quite interesting as it is extremely rare you get to see kangaroos that close and with no fence!.

We entered the aviary and right away we were surrounded by many colorful parrots! For $1 you can buy a special nectar – just hold the cup tight and they will sit on your hand and drink it!

We spend some good time  there – the parrots are so colorful and it is such a great experience to see them so close.

But there was a lot see and the time was  limited.
Our next destination was  Africa! Who doesn’t like to observe the grace of big cats, see elephants shower using trunks, slowly moving zebras and giraffes, and the hilarious monkeys?

One of our major observations was the  design of the areas, nice fences that imitate greenery and well maintained grounds. We later learned that Granby Zoo received an Award for the Energy Consumption Reduction Efforts project that was implemented during the renovation of 2005-2010.

The Zoo is well mapped and organized – it was no problem to find any continent or animal of interest. And yes, the zookeepers definitely speak many languages, no worries if you don’t speak French!
After Africa we had just a bit of time to make a short tour of South America. We stopped by llamas who stretched out their necks asking for treat… Sure!

it was a lot of fun to feed them some green leaves that we found on the trees  around; we were impressed by the spread of the wings of the Andean Condor and spent some time waiting for the alligators to wake up from the afternoon nap; finally one of them yawned and slowly moved towards the water… at the end of the South American trail we saw a powerful jaguar,  at the moment it was quite relaxed and not interested in any aggression.

On our way to South American continent we made a snack stop at “Le Marcher”. The restaurant offers a variety of foods and drinks and nice dining area;  there is also a large area outside with tables under umbrellas. 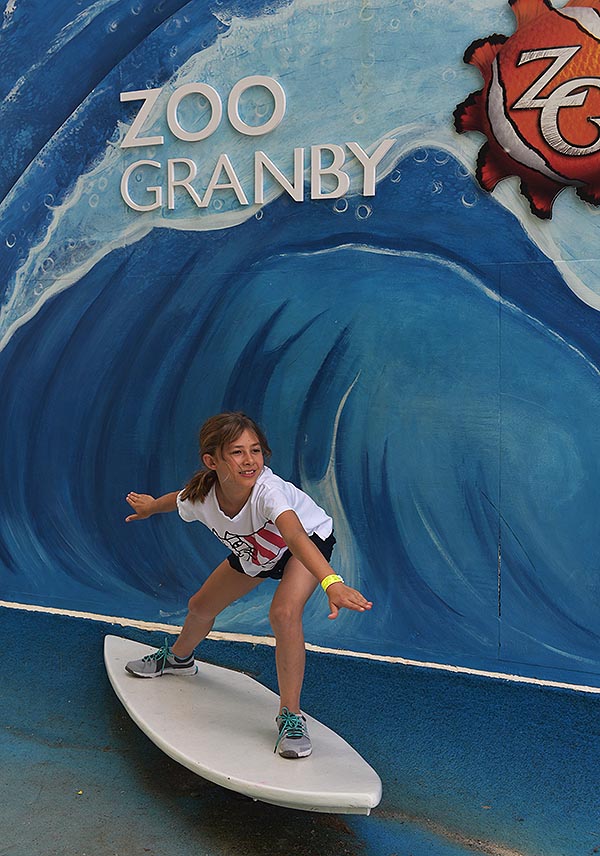 Next to the Restaurant there is an Amusement Park – where kids found some free rides while we were resting our feet; there is also an Amazoo Water park that offers quite the  variety of water rides, not now however… we may visit it some other time when the day will be hot enough for water fun…so long for now, the Zoo is closing and we are tired enough to get to our hotel and have some dinner.

For more information about the zoo and their hours: https://zoodegranby.com/en/

If you wish to spend a great overnight time in Granby here is the hotel that we really loved:  https://www.hotelstchristophe.com/