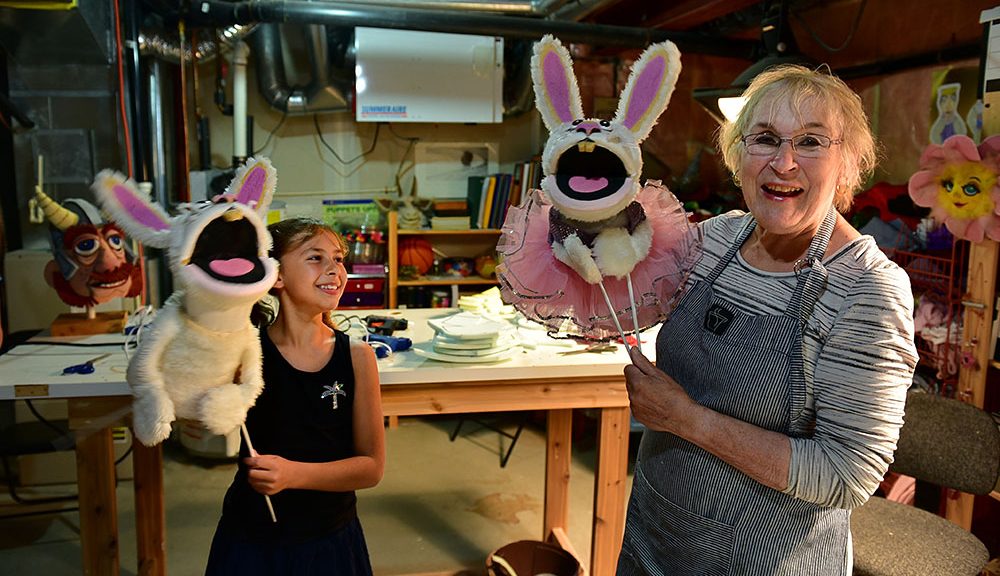 Last summer we planned to visit the International Puppet Festival, which is held annually in Almonte, Ontario. Unfortunately this year’s Festival was cancelled due to shortage of funds –  however we found out that it is possible to have  a puppet making workshop, which was a very attractive idea. We stayed in the Blue Hen Farm B & B, which is not far from Almonte, so we signed up and could not stop discussing various ideas for our puppet characters.                                                 Some of you may remember the TV shows with  Noreen Young and her famous puppets… Well, I never even thought that one day I will be able to meet all of them in person! Even more – make  a puppet with my hands! 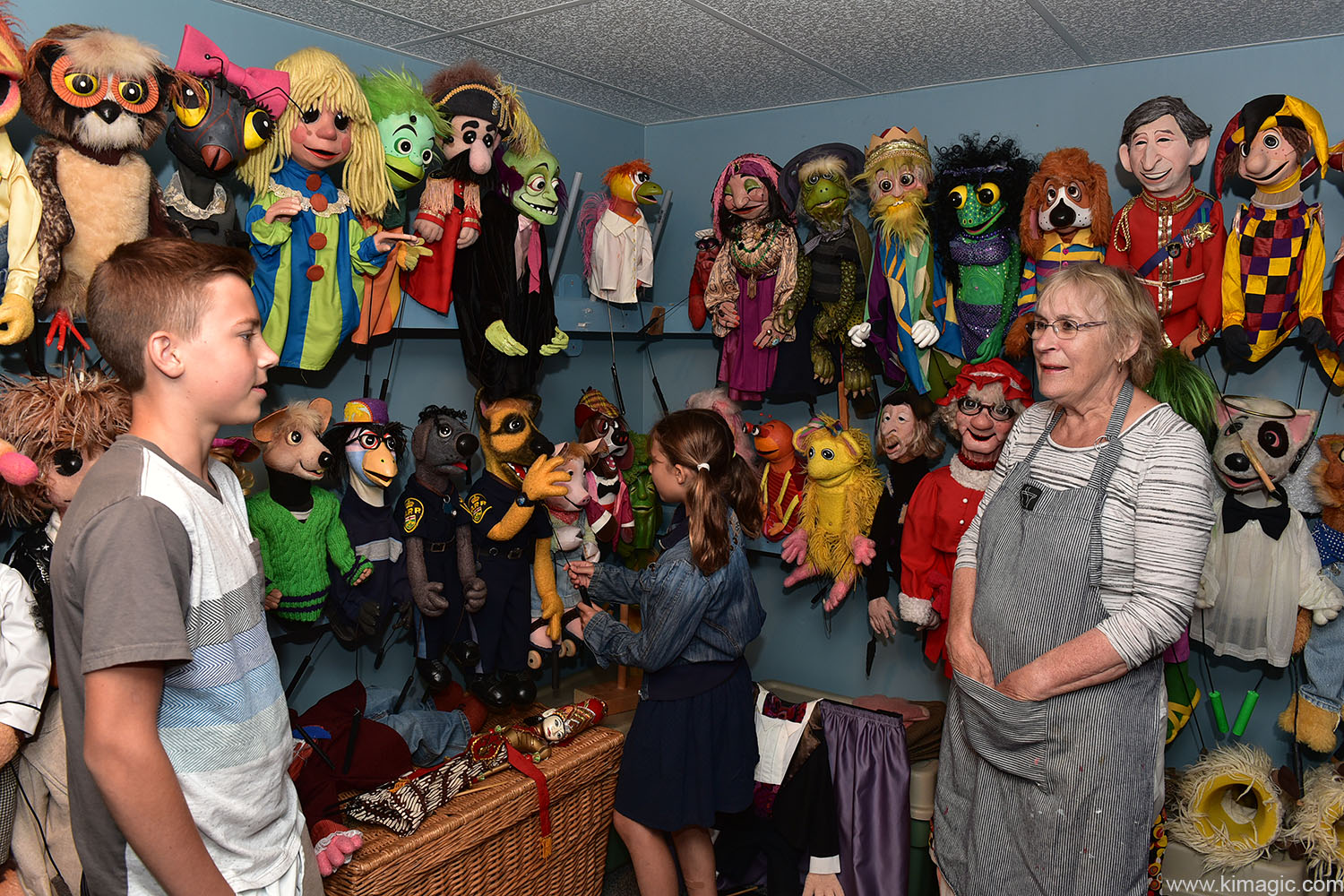 When we came to Noreen’s house she greeted us at the door and we went to her workshop in the basement and saw her show room…        It was SOO COOL!!! All her puppets were there including Gloria, Jacob and Iggy from “Under the Umbrella Tree”  episodes. There were a lot of various characters, all dressed up and ready for the show time! For a moment it felt like I am part of this colourful crowd and we can chat any nonsense! 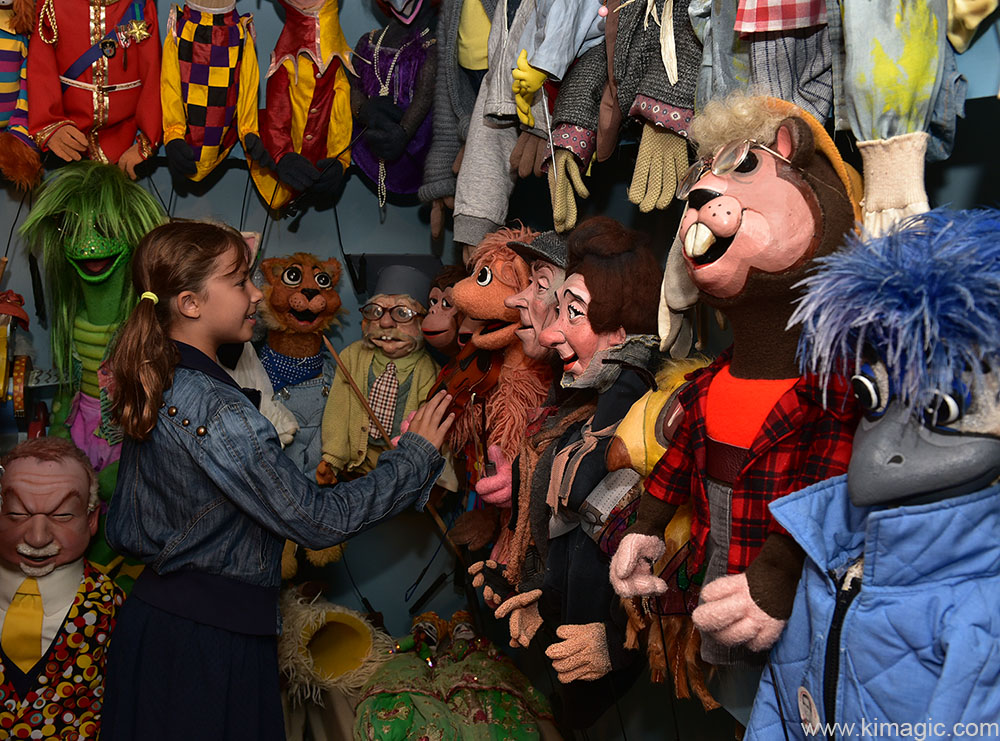 In the next room we met two bunnies who could talk! The rabbit had pink ears and his girlfriend was wearing a dress… 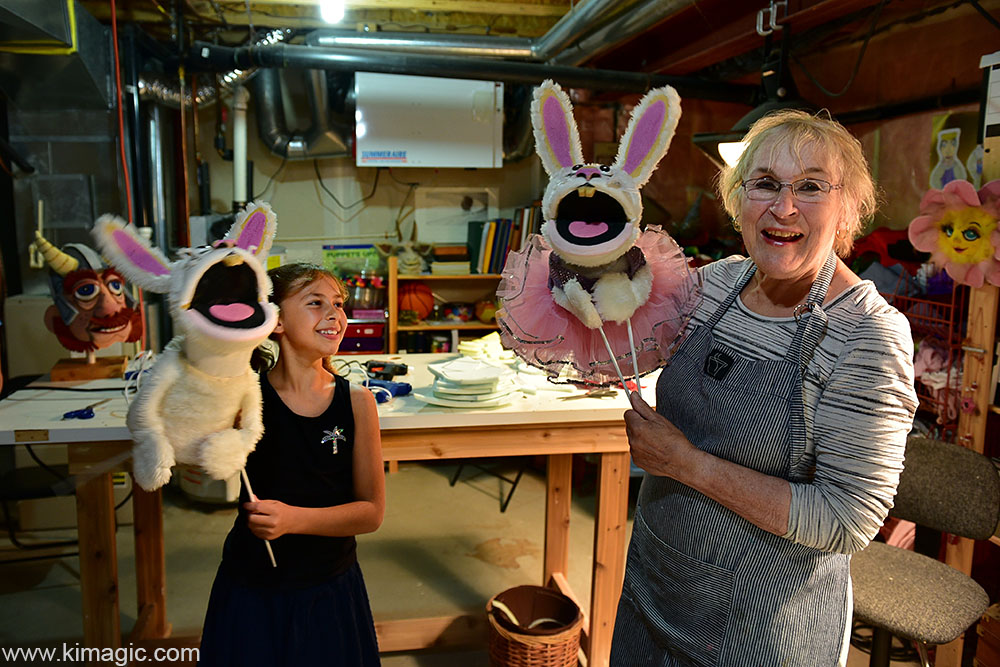 My favorite puppets from Noreen’s collection are the ones with an arch for the head and you move the sticks as your hands or feet – it was so funny! 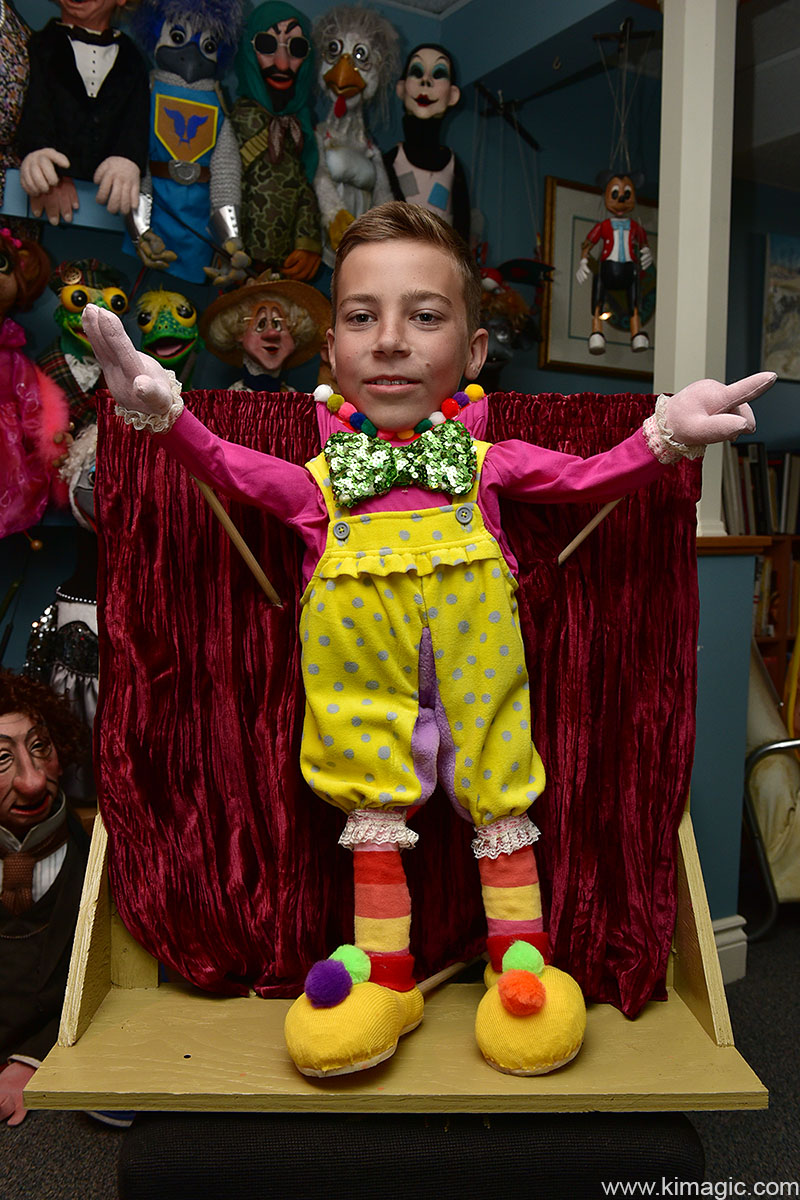 After giggling and laughing we went to the room to make the puppets… We started with the mouth… then added the head… Noreen said don’t think about the character now – It will come by itself! We took her advice and just followed our inspiration! 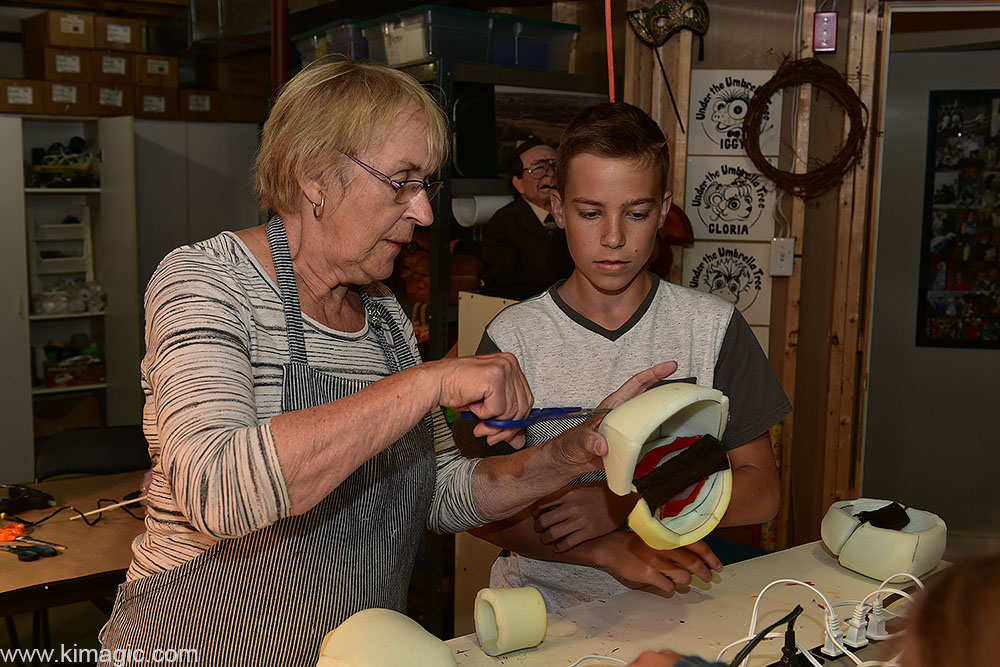 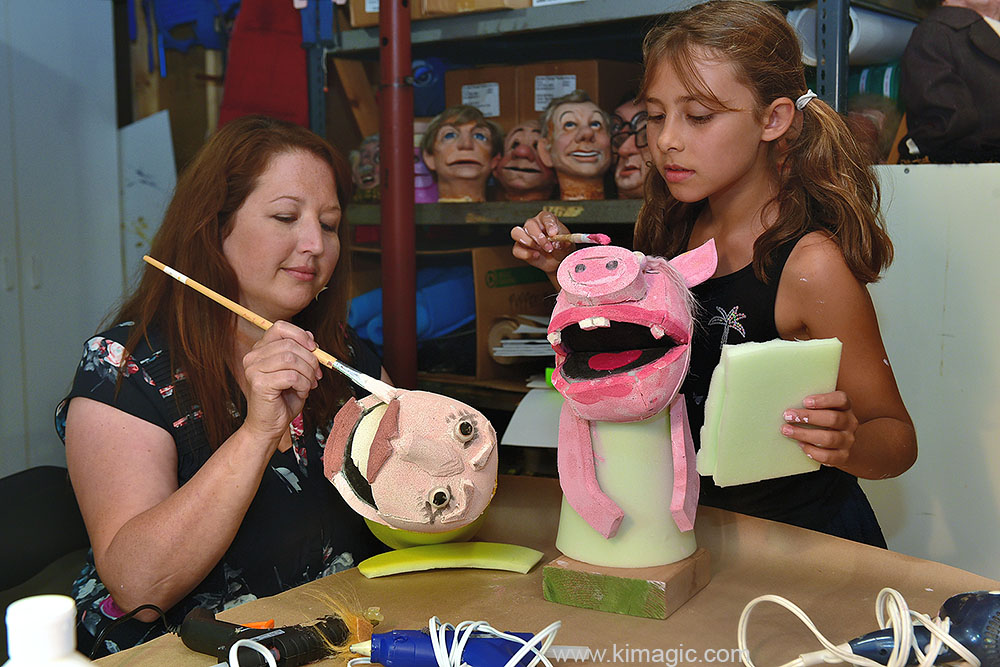 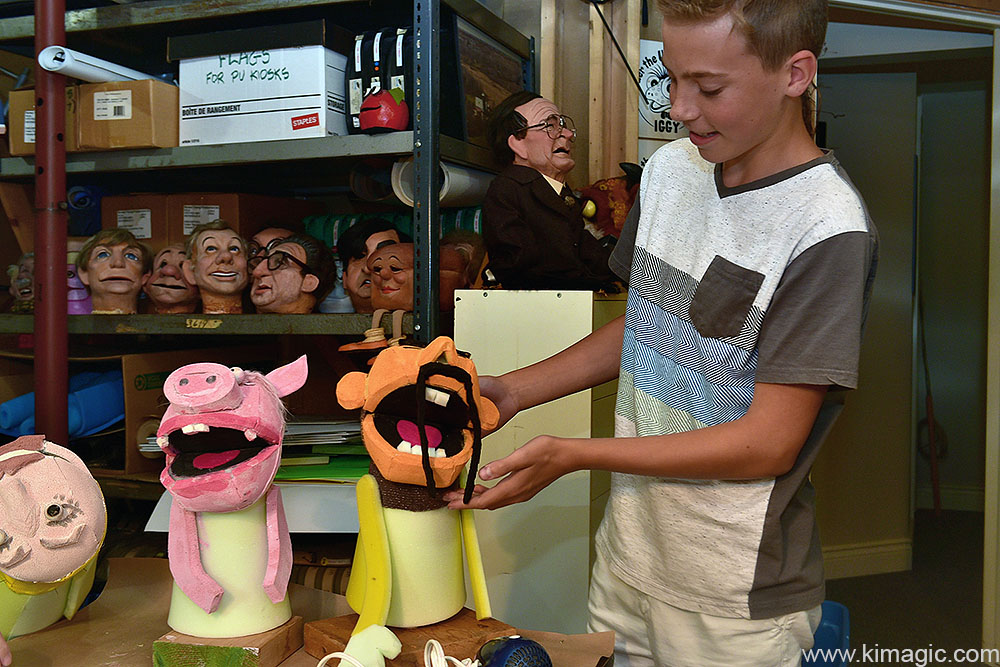 At about noon we had a break for quick lunch and went to town shopping. Our newborn puppets needed some clothing! There is a store in Almonte called “The Hub” – what a treasure chest – we found a black suit, a dress, couple pairs of pants, pair of shoes… – all we need in 20 minutes and of perfect size (for a puppet of cause)! 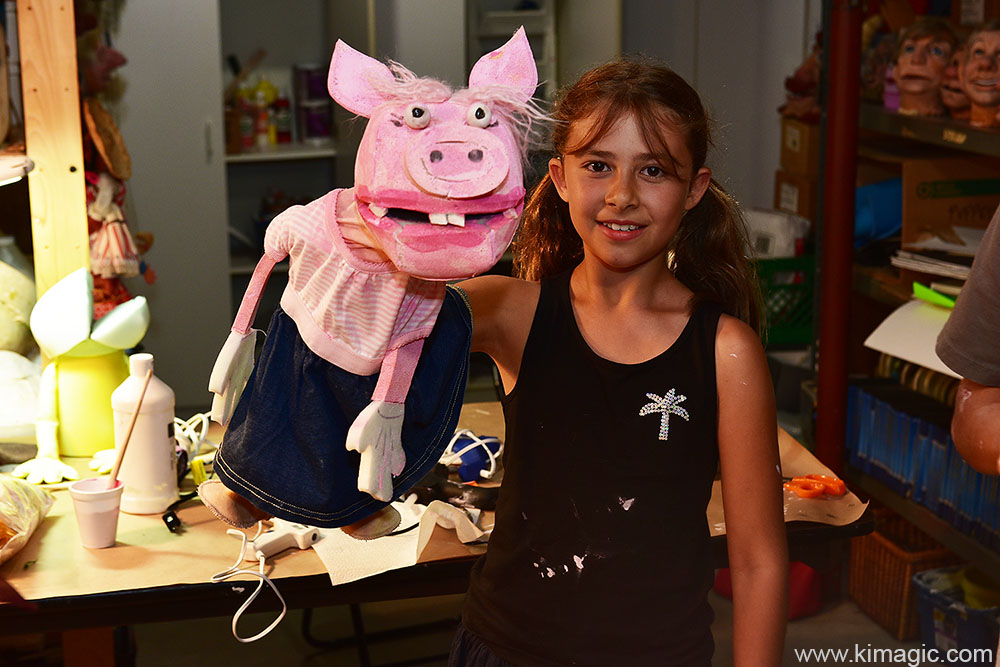 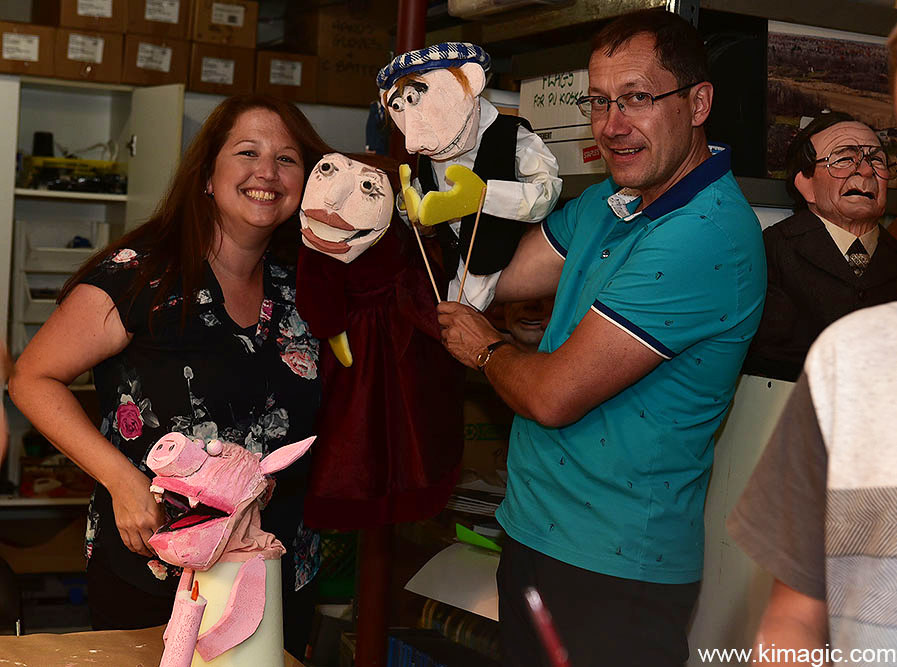 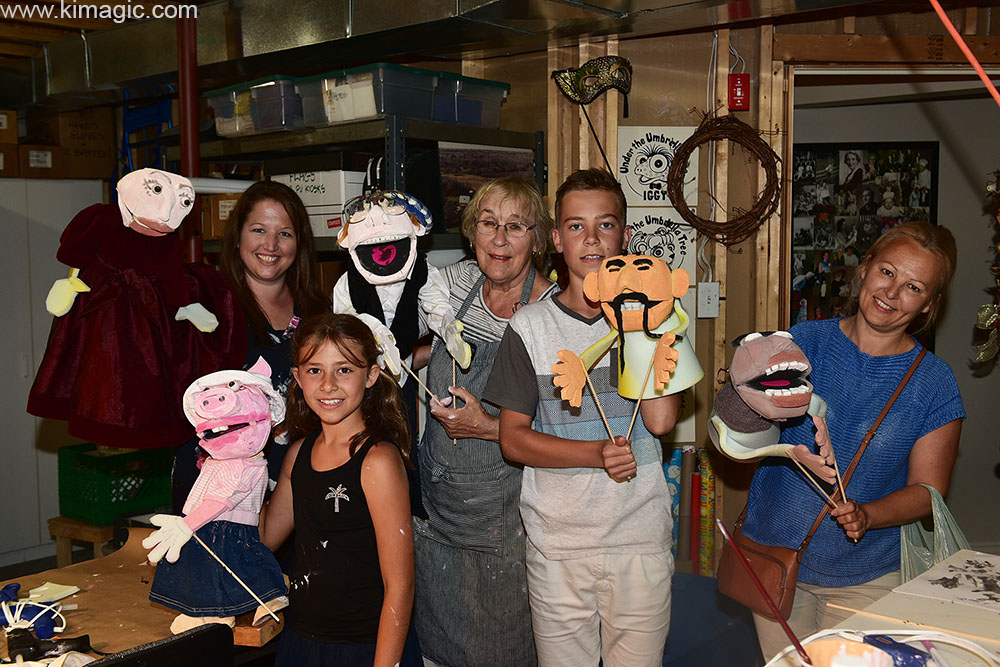 We rushed back to finish our puppets and finally, after extensive gluing, painting, cutting we were ready to present our puppets to the world! 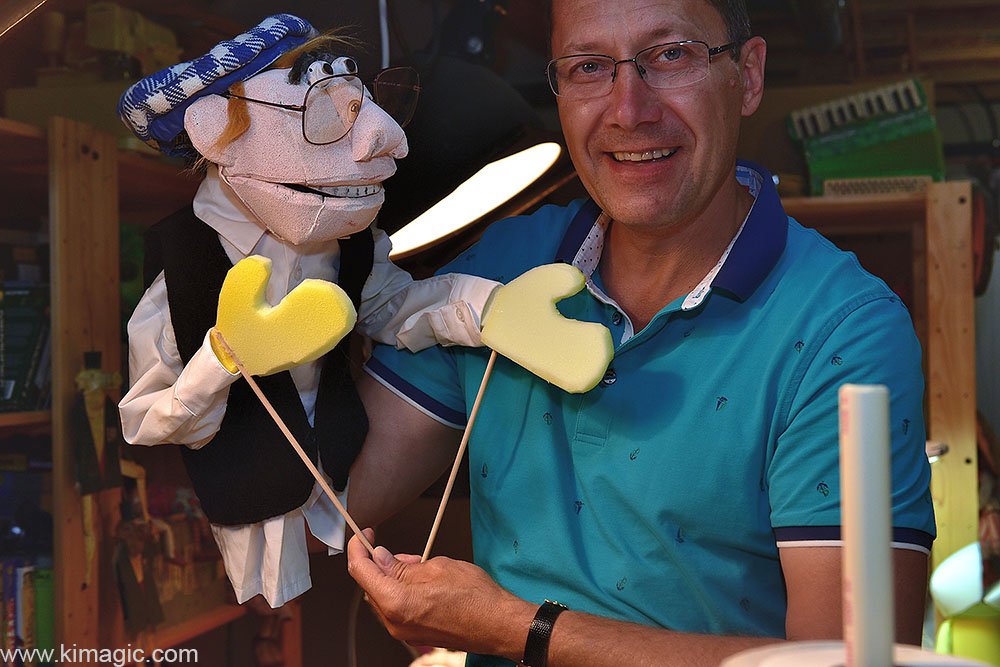 And as Noreen suggested, we all made different very original characters and we had so much FUN!!!!!!!!!