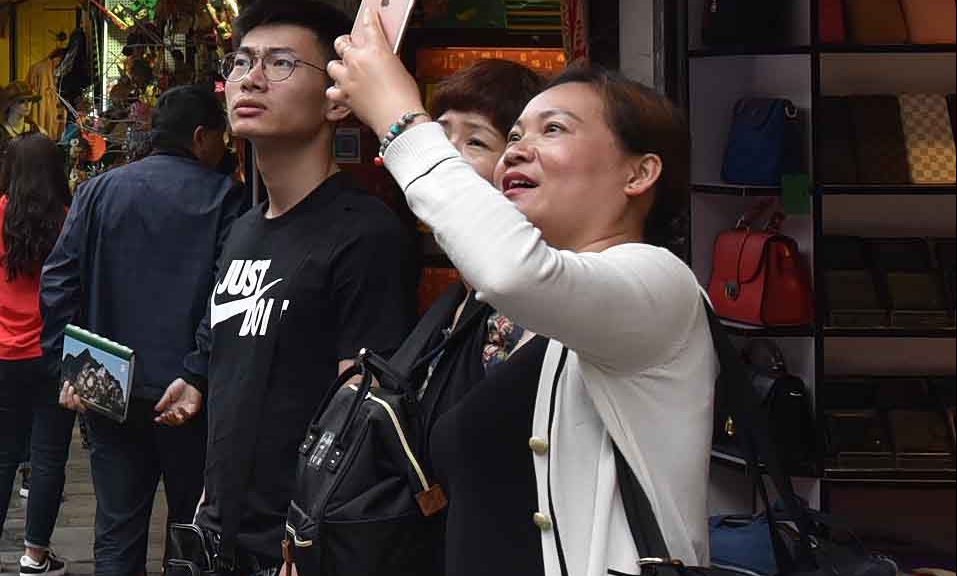 Ding! A notification goes off. As you check what it was, you get sucked into your phone. All of a sudden you remembered! You wanted to send a picture of the beach to your friends! One thing leads to another and next thing you know, you are completely immersed in your phone. Completely oblivious to your destination and the fact that you were supposed to be “on vacation”.

While phones can be a fantastic time saving device (GPS, Calls, Text etc.), they do take away from the raw experience of the trip or destination. Its not uncommon nowadays to see people glued to their phones, unable to relax and simply enjoy the present moment. We seem to have become very attached to the idea of proof – pictures and videos of our travels. While by no means is this a bad thing, I do however believe that we are on thin ice. We seem to have become more interested in the videos and pictures we take of the destination, rather than the destination itself. We seem to have begun viewing things not through our own eyes, but rather our phones screens.

It has become not uncommon to be at a destination or activity and to be distracted by your phone.

You can see this almost everywhere, people take a picture or video of the view from a viewing platform and walk away. Without really soaking in the view. Without really enjoying it.

Wouldn’t the trip be so much more enjoyable if we took the time to savour it – without your phone?

When we return home from our trips, its becoming more and more common that we share our experiences through our phones. We show pictures and videos to friends back home. While that is a fantastic way to share the experience (and make others who couldn’t come along jealous), I believe that it becomes a problem when the picture or video is more important than enjoying the trip itself. At the end of the day, I think that there is an important question to be asked here. One which has no right or wrong answer.

That question is “Why?”. Is the purpose of the trip to take as many photos as possible before rushing off to see the next checklist item? If so, then by all means, go ahead. However,  people seem to get inadvertently sucked into this rat race without much thought. Interestingly, didn’t we take the trip or vacation with the goal of getting away? Of getting away from that same rat race which we have been dragged into?

I personally think that this approach of “checklist” travelling is wrong. By this I mean getting out of the bus, snapping a few quick pictures and heading straight back in. I think its important now, more than ever that we not lose our sense of place. For many of us, seeing a certain destination is a once in a lifetime opportunity and yet, we seem to waste the experience aspect of the trip or destination in exchange for the social aspect – the likes, follows and re-tweets. I believe that arriving at a destination – lets say a viewing deck of a large canyon, for example – taking a picture, sending it to your friends and heading back to the bus is the wrong approach. Why not take the time to appreciate the view?

“Phones are a fantastic tool, but are we going to far?”

There is a reason that even bands are starting to take action. Go to any concert and instead of seeing people enjoying the music, having a great time and dancing, you will see people taking out their phones and taking pictures and videos. It seems that they are viewing the concert through the little screen on their phones rather than simply enjoying the night…

Another big aspect is the story telling one. When we return from any trip, we love to tell others about it. In fact, I think that telling others is probably one of the major reasons people like to travel. We like the social attention which comes with telling others about our trip. Yet, what happened to telling stories about the trip? We seem to just show each other the picture and that’s it.

Sure, the picture gives the person an accurate idea of what things looked like, but I think that it is trumped by the interest and excitement that surrounds someone telling a story about their trip. Stories are important, they are vital to us humans.

Yet, we seem to simply show the pictures and end things there, rather than sharing something interesting we learned, saw, heard or experiences while on the trip. I think most of us would be more interested by hearing the story about how one of our friends got scared of an Iguana and the chaos that ensued when they saw one, rather than simply seeing a picture of an Iguana and moving on.

So next time you are on your trip, take the time to really soak things in. Ask yourself whether you really need to bring your phone – after all, we somehow managed to live without them before…

Enjoy the trip and the stories and experiences that come along with it. 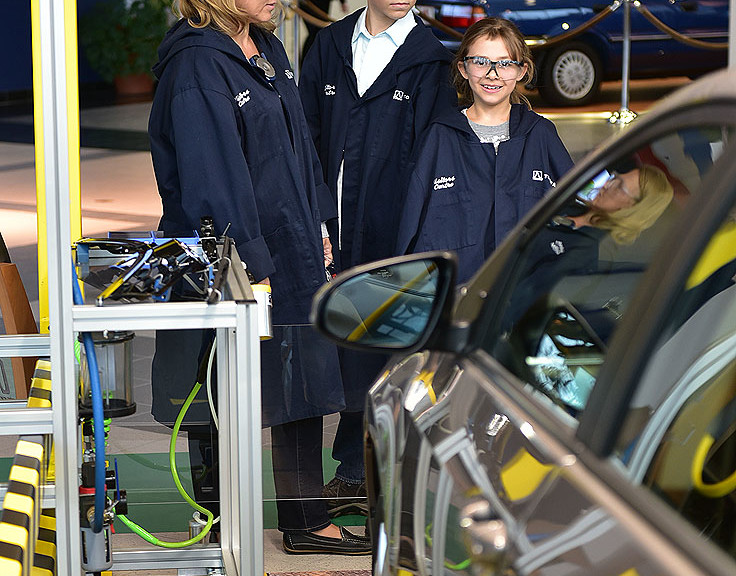 It all started with the usual long, one-hour drive out of Toronto, but soon we were there. As we headed in to the visitor centre we discussed our first impressions. Inside the centre we found many exhibits of the Toyota history and models of the past and present. After a short safety video in the conference room we made our preparations to step in to the factory.

As we began the tour we immediately took note of the extreme cleanliness of the factory. Sadly though visitors and employees are not allowed to bring any of their beloved personal electronics into the factory (no selfies), we are not able to show you the amazing robots and technology that were within the factory. Shortly after we climbed in to the trams that would drive us around the plant. The first stop was the west stamping area where they would take massive sheets of steel and use a multi-ton weight to stamp them (these where not in action when we were there).

The stamper had to be supported by concrete to prevent a mini earthquake every time they where in action. After, we visited the main assembly where we saw cars hanging above us as they were coming fresh out of paint, soon we headed to the west weld where the 10 thousand pound “Godzilla” robot moved multi ton cars around. The welding section impressed us with 600 separate robots. After seeing the sparks fly, we headed down to the final assembly line where the cars are started up for the first time. This one-hour super informative trip felt too short as we headed through the final corridor and back to the visitor centre. We where impressed that the Toyoda family built up from being a automated sewing business.