Wake up the wild … “Steak and Carrot for breakfast”

“Africa Lion Safari” said the road sign… At 7:45 am the place was empty – no-one around… in a couple minutes a friendly fellow came up and gave us directions.
We had to fill some forms and sign it – so just in case if we are eaten by the lions the park is not responsible (no kidding!). 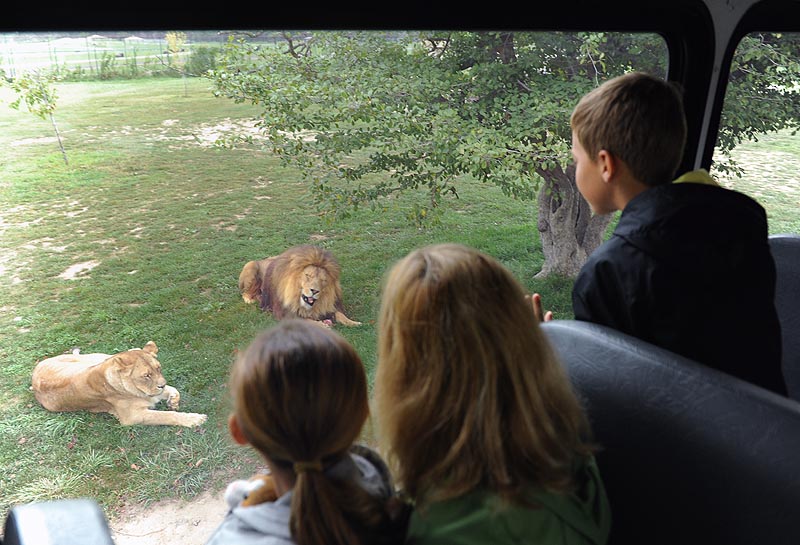 The bus was very comfortable with large windows and choice of seats!
We are going to feed the animals! Well, we will first see the cheetahs and lions, so we can’t really feed them – just watch! Thus the forms and the bus – all to make sure we behave and well protected.
Cheetahs are living in groups usually formed by siblings – we saw four brothers playing and enjoying the morning. Their neighbour was the single male cheetah, in the next area we saw couple others… They live in a fenced area, so that the groups do not interfere. Cheetahs are territorial and will fight for their area. They are the fastest runners and can develop the speed up to 76 kph. They got nice spotty coats that help them hide and strong lean bodies with long legs. Very gracious animals!
We are driving to the lion’s area! The keepers put pieces of good (AAA!) meat in different spots around large area. Lion can eat about 7 lbs of meat once a day, usually in the morning. They will play and nap during the day… morning is the most active time of the day. So here is the signal – all ready, lions are coming! First we see two of them… they come at a slow pace knowing that the food is waiting for them… here is a large male lion – his mane makes him look really big and powerful. It takes five years for the mane to grow to its full size. Females also look really strong – large paws, strong neck and gracious body. They quickly found the meat and picked each a good piece… not without a fight for same piece of meat. Their canines are about two inches and the tongues are really rough – they can clean the meat off the bone like sandpaper! 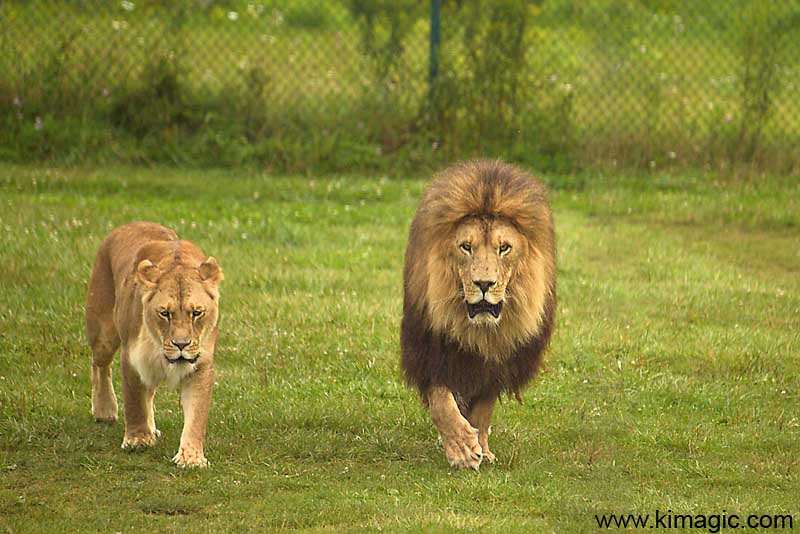 In wild, males do not hunt – they protect the group while lionesses are hunting; they can kill an animal three times their size.
Next we saw the white lions – they are very rare. The colour of their fur is not really white, they are not albino, they do have some beige in the fur, just light; and their eyes have nice light yellowish colour. Strong and gracious –
We leave the lions and go to the next area, but before we change the vehicle – now we are in the open trailer and we got two buckets – one filled with carrots and the other with fresh lettuce – we are going to feed giraffes! It was a chilly day with periods of rain and some wind… may be the cooler weather made animals more active? Giraffes were wandering around and slowly approached the truck as soon as we stopped. “Take a carrot in your hand and stretch the hand out… do not pat them, they get scared and can go away” – we were told by one of our guides. 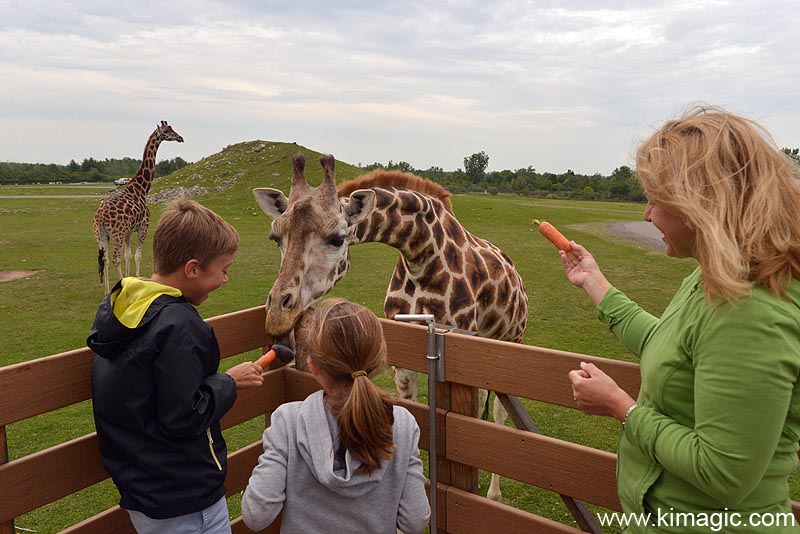 Feeding Giraffes
Baby giraffes can only eat lettuce – their teeth are not strong enough… That was a lot of fun! Feeding carrots to giraffes! And that is what we did for the next hour or so until our buckets got empty! Their tongues are purple and can reach 20 cm. Giraffes like to eat juicy leaves from the trees and for this their tongues can twist around the branch and strip off the leaves. They did it with carrots twisting their tongues around if we hold it a bit away sort-of teasing.
Next to giraffes area we saw rhinos and antelopes: some grazing and some wandering around. Rhinos eat really fast – they are constantly chewing, the grass there is so short… they look fat, but is their skin that makes folds on their backs, not fat. Rhinos like to lay in a mud, it helps them to keep the insects away. Their spine is very fragile, so have to lay on one side then another. Their friend is a small bird that usually follows rhino picking bugs from its skin. The bird alarms rhino in case of any danger – rhinos got weak small eyes and can’t see well so if the birds fly up it alarms rhino.
Antelopes were grazing peacefully… some had very long twisted horns. The antelopes got a very interesting body system allowing them to adjust to the high Africa temperatures. The body temperature can rise up to 40C, which allows them to control perspiration and avoid dehydration.
We also saw some zebras walking around; they nicely get along with antelopes, giraffes and rhinos sharing a large pasture. We saw pile of rocks in a middle of the field – artificially created to reflect the natural habitat.
Giraffes saw our truck and came again for more carrots and lettuce!
It was time to go back! We were ready for our breakfast – it was waiting for us in the restaurant. Nice pastries, fruit, juice and warm waffles with whipped cream – all was beautifully served to us.
Later on we went to explore the rest of the park. We saw elephants swim in the pond, took a tour on the boat around the islands with various types of monkeys, saw parrots and bats.
I never saw a bat so close! It was hanging from the keepers arm and eating some fruit. Their digestive system allows swallowing food while handing. Their wings have a unique ability to repair it if they get a small damage quite fast.
Next we saw a show where parrots could sort out colours, say some words and one by the name Fernando could sing “O’Canada!”. 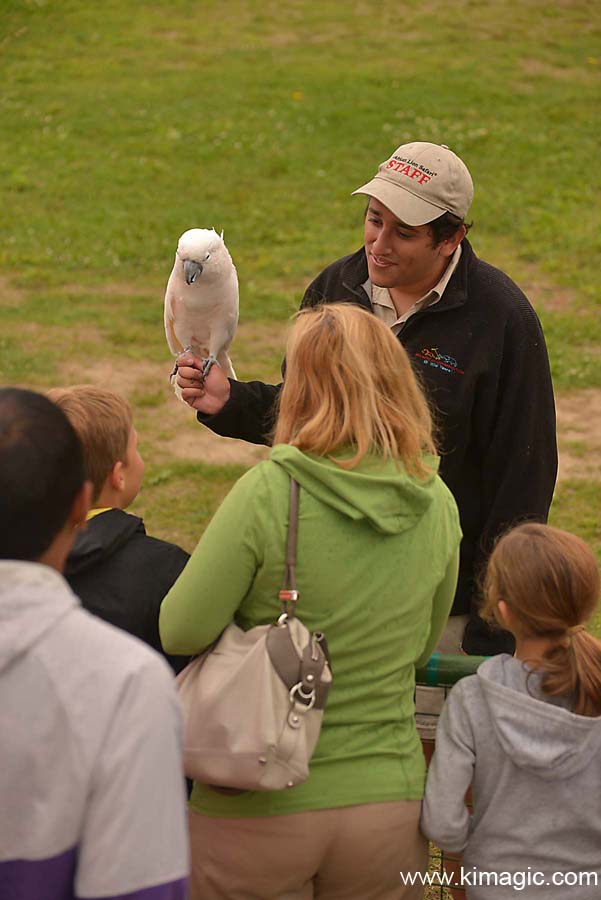 After a long day we were finally back to Hamilton Sheraton.. It was nice to relax in the swimming pool after the rainy day filled with fun and full of unexpected. 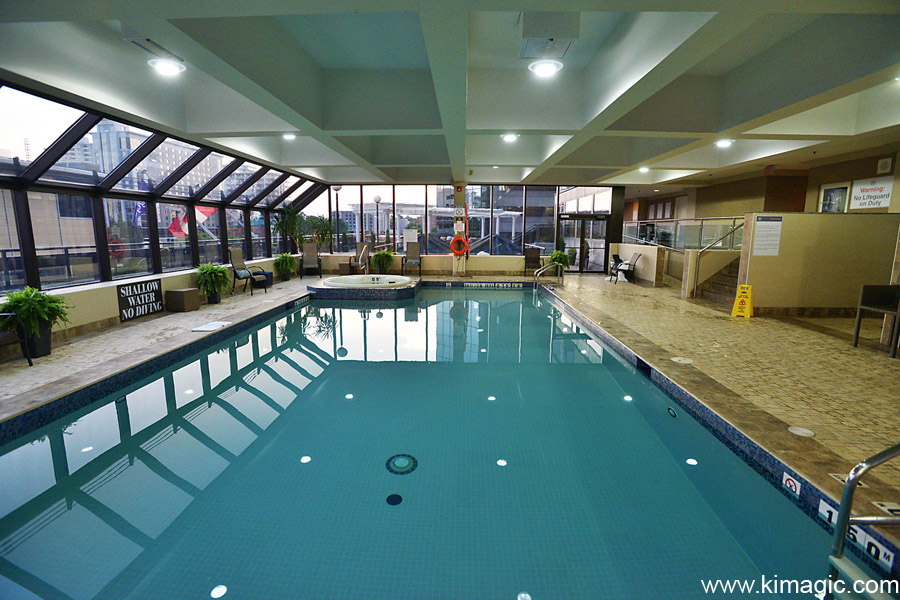 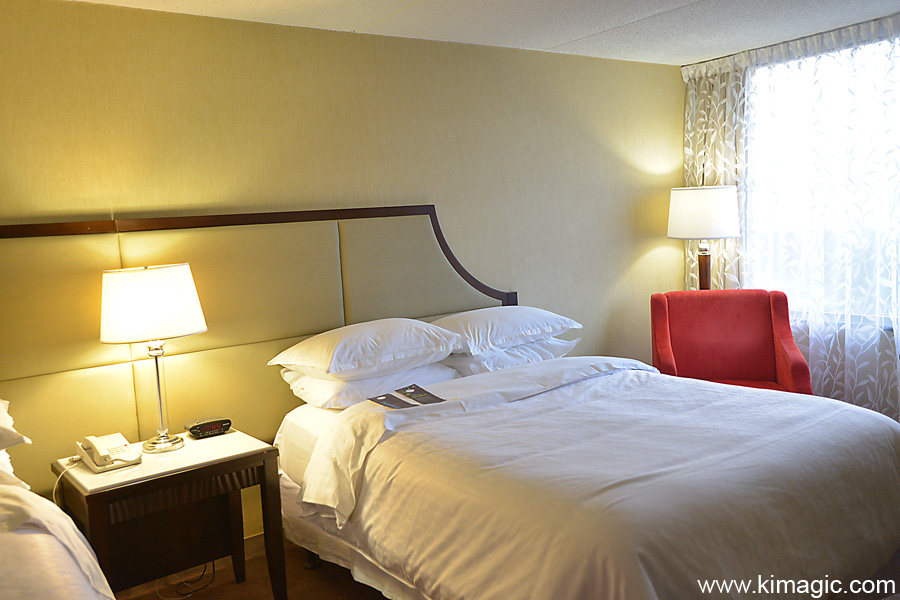 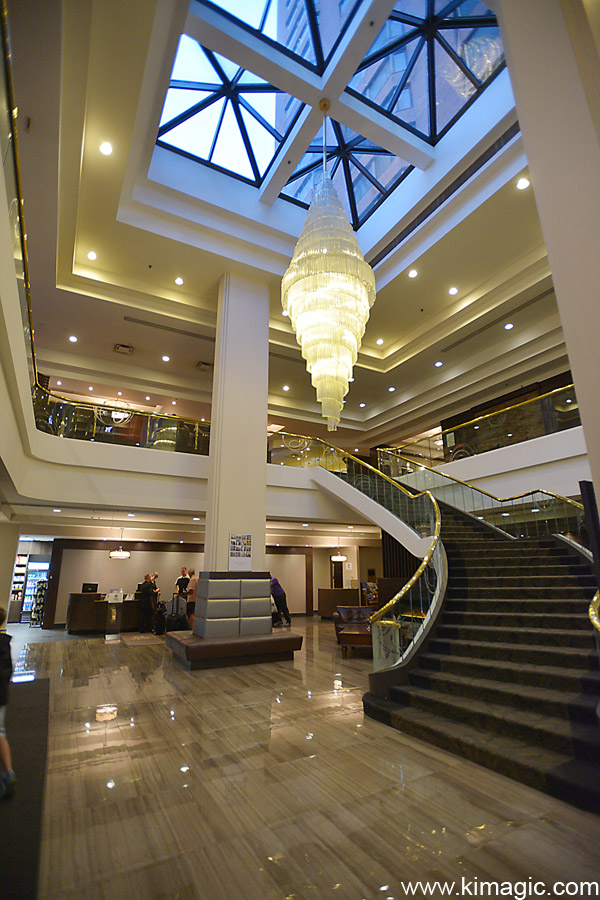